Our guest today is: 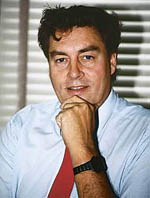 Paul Connett, Professor of Chemistry at Saint Lawrence University, NY
Paul is an advocate of zero waste and an opponent of incineration.

Do you know where your garbage is? The zero waste movement

Betsy Rosenberg is an award-winning broadcast journalist who has
worked for three major networks over the course of her 25
years in radio and TV.  LISTEN (1 min)
Betsy has been with the CBS Radio News
Network for the past two decades working as a reporter and
anchor on KCBS-AM in San Francisco, and as a national newscaster
for the CBS Radio News network in New York.
In addition to earning dozens of awards during her years of
general reporting, Betsy has received six honors at the local,
regional and national levels for Excellence in Environmental
Leadership, including an award from the U.S. Environmental
Protection Agency in 2001.
Realizing the environment was perhaps the biggest underreported
story of our time; Betsy has made it her exclusive
beat and, in so doing, has become the voice for a greener
America. She also offers “sound solutions for a healthier
planet” through speaking engagements across the country
to educators, business leaders and civic groups, as well as
appearances at environmental events including Bioneers, Sol/Sunfest,
Greenfest and the Health and Harmony Festival.
Media outreach
appearances have included ongoing television interviews on
CNN Headline News as well as several feature newspaper and
magazine articles.

Betsy lives with her husband and daughter in Marin County,
California where she “walks the ecotalk” by recycling,
composting, driving a hybrid car, and being energized by a
well insulated house and 18 solar panels on her roof.