Vehicles Engineer for the Union of Concerned Scientists, Don Mackenzie reveals the greenest of all automakers (and not any one model, but the company top to bottom) in a recent UCS study. Envelope please…and the winner is: Honda, in a squeaker over Toyota! OK, so perhaps that’s not quite  "Shakespeare in Love" over "Saving Private Ryan", but it is an indication that competition is bringing out the best in Japanese automakers (as well as rapidly improving Korean brands). Where are the Americans? I’ll let Don explain. LISTEN (7 min)

Frank O’Donnell on the State of the Union: Cars, Coal, and Corn

EcoTalk’s very own Clean Air Correspondent Frank O’Donnell waxes funny and fiery on President Bush’s State of the Union speech: "He’s starting to talk the talk, but he’s a long way from walking the walk. He’s tip-toeing in the right direction, but he is not coming forward with any plan at all to actually limit emissions related to global warming." LISTEN (11 min)

In Plug-In Hybrids: The Cars that Will Recharge America Sherry Boschert chronicles the coming together of Americans of all political stripes, from "left greenies" like herself to neoconservative hawks like James Woolsey, to call for 100mpg (100mpg!) Plug-In Hybrids as a solution to our environmental, energy, national security, and pocketbook problems. Let’s do it! LISTEN (12 min)

NRDC at the Alternative Car Expo

NRDC‘s Daniel Hinerfeld chats up Ed Begley, Jr. and others about all the fun and fuel-efficiency at the Alternative Car Expo in Los Angeles. No concepts, no promises for the future, this cavalry of inspired and intelligent cars is here today. LISTEN (7 min)

Joel Makower on the Future of Cars 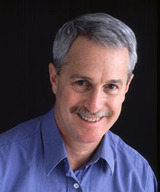 Joel Makower of GreenBiz.com helps us navigate an widening variety of fuel-efficient, forward-thinking automobile technology. Joel says that sometimes the most surprising thing about a eco-friendly car is how normal it looks. LISTEN (12 min)